PT MUNJUL PRIMA UTAMA. WHO ARE WE?

The world’s best captive breeder and exporter of Asian Arowana.

If the plan doesn’t work – change the plan, not the goal!

Mr. Tris Tanoto also won an arowana contest held in Jakarta in 1996, in which he was allowed to participate by bringing only 1 of his Ultra Red Arowana Fish. What's happening around the globe

Always verify before you buy!! *IMPORTANT* (POTENTIAL and CURRENT CLIENTS)

Lately, there have been a lot of occurrences in which some customers are tricked by imposters pretending to be the owner of PT Munjul Prima Utama (The only authorized company and/or farm to sell F1 and F5 Ultra Red). They have done their homework. They have fake Munjul fish certificates, fake director names and authorization,…

Hello everyone, we’d like to inform and remind you that apart from this website (www.ptmunjul.com) and our instagram account @ptmunjulprimautama, the rest (FBI accounts, whatsapp numbers claiming they’re from PT Munjul Prima Utama, or other instagram accounts using our company name) are fake. And also, make sure to have a video call before any transaction…

Dear Potential Clients, Please be informed that PT Munjul Prima Utama has a Minimum Order Quantity of 10 fish. Should you wish to proceed with the purchase, kindly communicate with our team and make an appointment to either come to our farm in Indonesia or our showroom in GuangZhou, China to further discuss the purchasing…

Hello Munjul Arowana Fans, We are delighted to inform you that soon, our farm will be moving to a new site in Jonggol and we will uploads photos of our new farm taken from a variety of different angles by the drones from above the sky =) We also have a new website in progress…

We have been exporting our fish since 1985. We are experienced in handling the processes.

Our fish packaging undergoes processes in which need to be checked and confirmed before and after each process is done. Oxygen level, water level, and other things are thoroughly inspected so the Arowana Fish do not get stressed during delivery.

Having our own reservoirs and a considerably big well as sources of our water ensures top quality care for our fish as it is easier for us to control our water nutrients.

We have a group of experienced people to ensure top quality and performance at all times in these segments: Production, Sales, Quality Control, and Marketing.

The way to get started is to quit talking and begin doing! 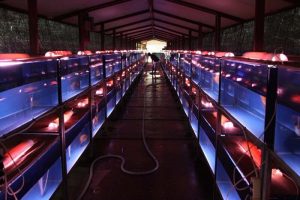 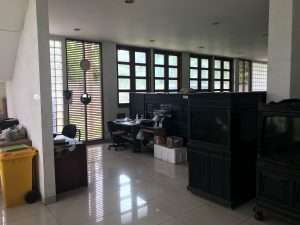 Our Company in numbers